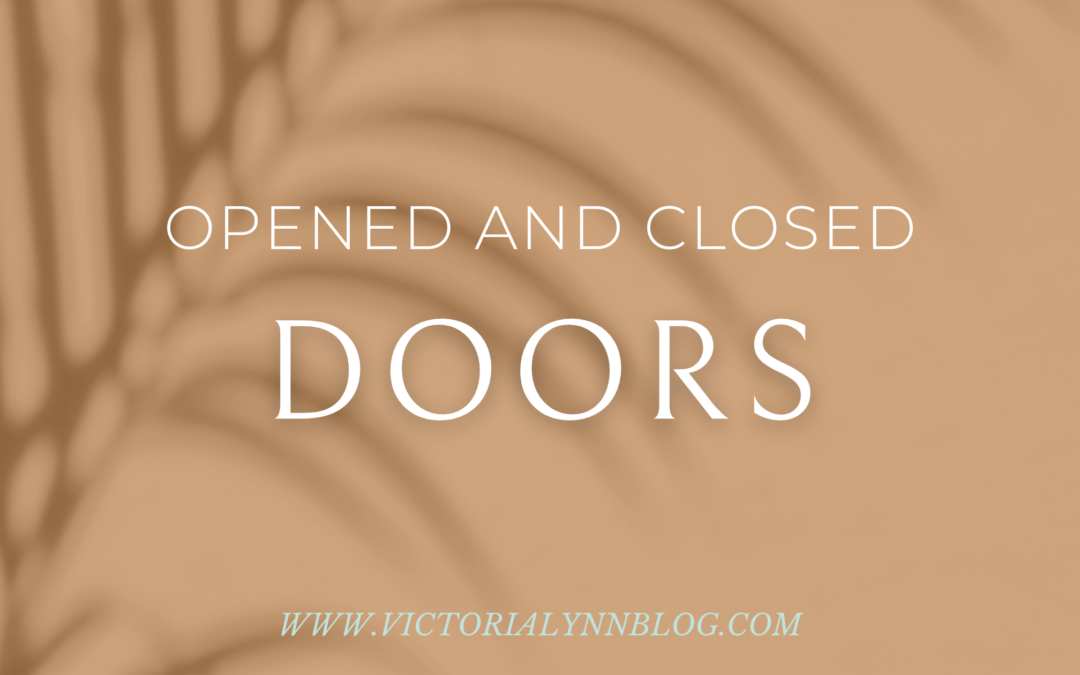 What door are you waiting to open?

As a believer, I find that I am often led by God’s peace. I don’t plow ahead with something if I feel unsettled in my spirit, because I know by experience that the unsettled feeling might be the Lord trying to tell me to pump the brakes and double check with Him before I proceed.

But, recently, I’ve had to give myself grace to realize that the Lord doesn’t always lead in straight paths. We tend to expect that it’s going to be a straight and narrow path, with no distractions, no questions, and that we will always know where our next step is. The truth of the matter is, we don’t always have that next step until we need it. Even though we may have wanted it earlier.

I had a situation recently where I had agonized over a decision, prayed over it every which way, communicated with those involved throughout the process and then got what I felt like was a green light. At that point, I floored it, pedal to the metal and went for it!

Literally, about 6 hours later, I had that door slam in my face. Maybe it was a bit more painful because my momentum ended with me spiritually running right into the closed door and reeling with the results. . . And I instantly started second guessing my connection with the Lord and if I had “heard wrong”

First of all, you are allowed to make mistakes. Our path of walking with the Lord is going to involve some floundering because we are human, AND THAT’S OKAY. Don’t you dare let the enemy come into that situation and try to hang a bunch of guilt and shame on you. You walked in the information that you had in that moment, and when the Lord revealed more to you, you were obedient to His prompting and pulled back, threw on the brake, and turned back to Him, asking for more direction. Nobody but the enemy said you “heard wrong” or “jumped the gun”. Sometimes doors close unexpectedly.

Have you had a situation where the door closed in your face? Or where was there an open door in your life that you walked through?