Remember Whose You Are 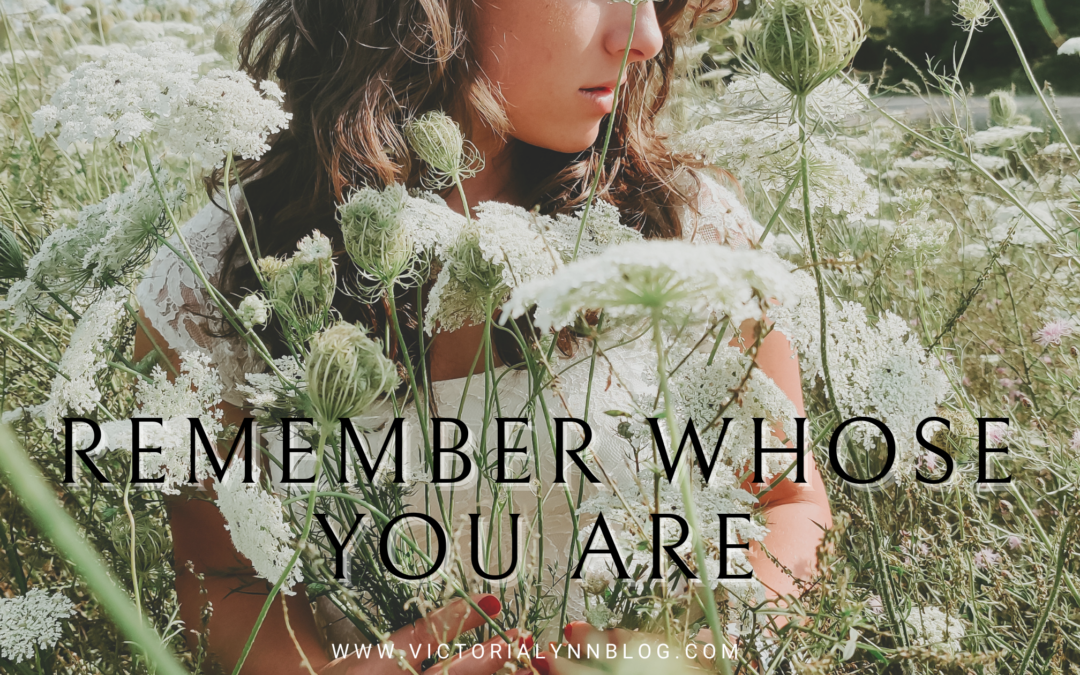 This world is getting darker. We know this. We feel it. We fight it.

We are the last thing holding the darkness back in the world. Christ’s church and His bride are called to rise up and stand above the darkness, holding back the tide and speaking life into the present darkness.

And it’s a fight. Standing on your royal identity in the midst of the battle is hard. It is frightening and overwhelming. The darkness presses in close. It’s painful. All I want to do is cower. To leave them to their own devices. Let them wade deeper and deeper into evil. Because their words hurt. They poke and prod at me. My heart genuinely just wants to be loved and when you speak life and truth, the opposite is often the affect.

The enemy hates the light that you carry. His purpose is to murder yours. He seeks to destroy it with all that he is worth. Christ in you is the only thing standing between him and consuming the world. That’s it.

So don’t give up. Don’t let that be a pressure to you, let it light a fire of power within you. Because the One within you is the one who has ALREADY defeated the world. The same power that rose Jesus from the DEAD, brought life from certain death, forgives EVERY SINGLE SIN we make, and restores our relationship with the Father is in you. The same power that worked miracles, made the sun stand still, healed deadly diseases, spoke to the wind and waves and they obeyed. . . that power dwells in you.

Nothing the enemy throws at you can even come close to consuming your power. Do you believe that? Do you really and truly know that HIs power is within in you? Speak it over yourself. Drive back the darkness with your words. Remind the enemy that he already lost. He hates that. Watch him shrivel up and run once He learns who he tries to come against. Make him sit and watch while you claim your authority and praise the one who gave it to you.

I can people with the rest of them, okay?⠀⠀⠀

“It's been my experience that you can nearly alw