The Realities of Black Widow 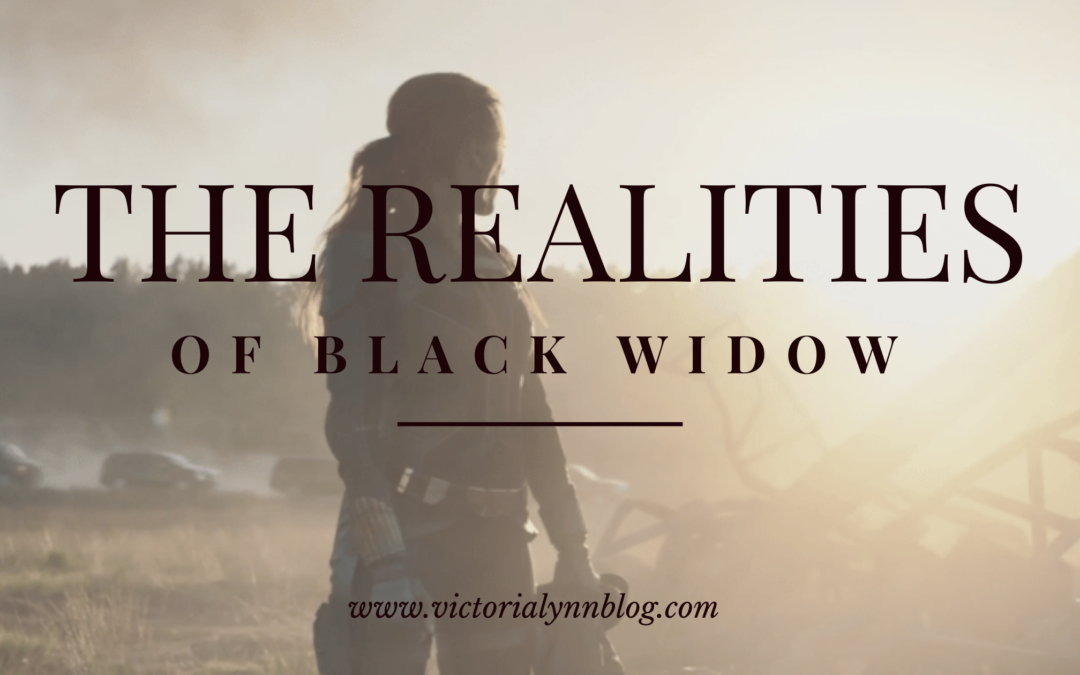 I saw Black Widow last night. Yes, I did a light cosplay. I walked in with my head held high, feeling like a strong, feminine woman in my black dress, leather jacket and heels. My shoulders were set, my head held high. I belong to, and serve my King and I was excited to watch a hero movie.

Aside from the general anticipation of this movie I’ve been waiting ages to see, there was a prophetic readiness in my heart. Seeing the trailer sent me into a tailspin of vision and tears as my heart swelled at the messages that were being hinted at. I knew that this movie would have import if I had eyes to see it and boy, was I ever right.

It felt so… raw. I won’t give any spoilers away but many of you know my heart about Human Trafficking. It’s something that I know God put on my heart, and I seek with all that I am to bring light to this horrible evil that most don’t even see or know exists. It burdens my heart and fills me with intense purpose to see this evil establishment destroyed. I know it’s real, I’ve seen enough pictures and video to make me want to hide in a corner at the desperation of the men, women and children who are trafficked by the day.

Human Trafficking in a certain form was readily displayed across the screen. The emotional and physical drama screwed a dagger in my gut as I watched my worst nightmare being lived out by the characters in the movie. We know something exists, but we don’t often imagine it or see it in action. I felt like my spirit had been flayed raw.

Because I know this is real.

Let that sink in when you watch this film. This is real.

Let that sink in when you watch this film. This is real.

This isn’t just a superhero movie. This is a reality for thousands and millions of sons, daughters, mothers, and fathers across the globe. Today. Right now. Approximately 55 people are trafficked in the United States alone. Every. Single. Day. And that’s just in the US alone. There are more globally who have their lives taken from them, their ability for free choice destroyed and their families and hearts left as battlefields pocked with craters.

After the movie, I was wrecked. I was too shocked to really react. I knew what I had just witnessed was a very real representation of the realities many face. From the trafficking, kidnapping, mind control, and elimination of these innocent humans free will and right to choose. They are destroyed from the inside out and are taught to think that there is no hope. That this is who they are now. Their identity and individuality is destroyed as they are taught and reinforced that they are just like the next, of no value, no import and certainly not worthy of anything more.

I stayed in my stall in the restroom for a moment and I asked the Lord, “What? What can I do? I’m willing to give it all. Lay down every desire of my heart. Give up every dream that’s ever been layed there if it meant that one, just one, was rescued from this evil.” Tears filled my eyes and my gut twisted. I felt His love in that moment, but then I heard HIs voice in my spirit. I felt like He told me He was raising up Black Widow’s who would dismantle these organizations. These evils would be brought to light and destroyed.

It’s hard feeling a call on something so heavy and  the only thing you can do is pray. When you’ve been praying for something for as long as you can remember, and might not see the change you desire. I find it ironic that only a few days ago I was on my knees begging God, “I don’t need to physically see what you are doing, but open my spiritual eyes like you did Elisha’s servant in the Bbible when you revealed your mighty angel armies to him and showed Him your plan to end the siege of Israel. I don’t need to physically see it, but give my heart hope. Let me see enough to have hope, to be given a spiritual view with His eyes of what is going on.”

And He did. Just a smidgetn, but my heart is already full of excitement. Take heart. He is doing it. Raise your voice. Be a personone who speaks for the voiceless. Share this post with others and encourage them to understand the evils Human Trafficking. Send them to resources like @enditmovement @A21 and @Dressember just to name a few.

He won’t let this evil stand. Let’s pray to #endit. Fill the earth with your cry for justice, your prayer to see this evil establishment demolished. Let’s be the women who become the spiritual Black Widow’s of our day and age, who stand up and say enough. Women wWho take the chances, even if we might give up and sacrifice everything to see it done. I’m willing to do it. Are you?

For me, Black Widow became more than just a sassy superhero with a shady past from the previous movies. She became a woman seeking to redeem the lives of those that had them stolen from them. She became a righteous avenger dismantling the powers of evil and freeing the captives. I couldn’t help but see the biblically parallel to what Jesus commissioned us to do.

P.S. In case you wanted a smidgen of encouragement, there is even now a woman who was trafficked and who is standing up, exposing the evil and actively rescuing people from this form of bondage and slavery. Click here to check out her story.