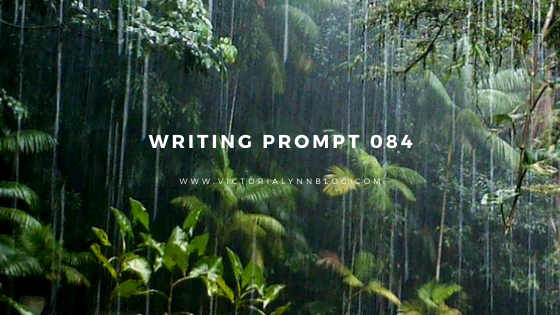 This excerpt is from a future work in progress

Mud coated her ankles. Up her legs and well nigh to her knees. Her dress was soaked through and it clung to her legs and arms. The white fabric had faded to somewhat of a grayish brown. Mottled now with the fresh mud and green stains that covered it. White was a beautiful color, and it still made her happy, even though it was entirely unserviceable. She paused in her reckless abandon of her senses, her feet still on the jungle floor and beginning to sink in the soft mud. She felt the mud cover her feet and settled into the cool feeling of it between her toes. She closed her eyes and turned her face to the canopy above. Different sized raindrops pommeled her face. Small ones made it through the leaves above, but others were larger and fell from puddles created on said leaves. The rhythm and soft white noise of the rain on the canopy above made her heart sing. A distant grumpy call from an orangutan made her heart come alive.

The call was distant, but she groaned. It could not be ignored. She knew her idea of a good time–being out in the jungle during a rainstorm–was a stilly one, even to her father, who was probably the only person in her life who understood her love for the jungle and the nature around her. He often smiled indulgently at her when she came in from outside, covered in mud from carrying a tree frog she had rescued from Fiji, their cat, into the rainforest to it’s normal habitat or some other such errand.

She loved people. The people of this country and her home held her heart. But the animals did something special to her spirit. Her wonder and excitement over what God had created in this part of the world held her captive on more than one occasion. If she wasn’t going to grow up to be a missionary teacher and nurse, she would add botanist and zoologist to the list.

The voice could no longer be ignored. With a sigh she looked heavenward. “Thanks, Lord! This was delightful!”

She gathered her sopping wet, heavy skirts into both hands and lifted them above her knees. She shook her head hard to clear the stringy, soaked hair from her face and took off running for the edge of the forest. She oughtn’t to frighten her father or let him worry. He wasn’t usually a worrier, and it usually took him a good five attempts to get her attention before he started to get any sort of anxiety.

She loved her father. And so did the folks of her village. He was the best missionary doctor that ever lived. As well as the best father.