Be Different // The Story of Caleb 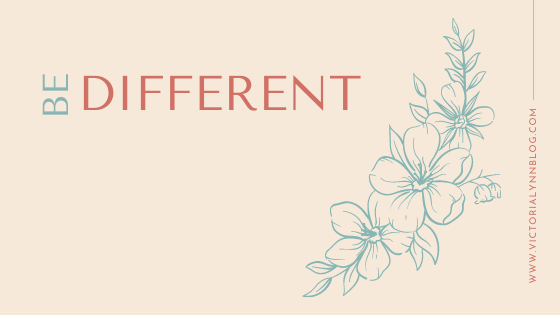 I was struck recently by the story of Caleb in the bible. There is so much to his story, but I related so much to something that stood out to me this time.

He was different. And not only was he cut from a different cloth as those around him, but when the winds blew and the peer pressure got thick, the weight of the tide going one way, he still chose to plant his feet on the truth and stand firm. Even when the children of Israel threatened not just to cancel him, but to stone him to death.

Can I be that different? Can I stand by what God has called me to do, even when the world goes the opposite way? Even when my heart is quaking at my own weakness? Even when threats, anger and confusion come my way, can I stand firm on what I know to be true?

The truth Caleb stood on was hope. He knew that the word of the Lord would not return void and he was willing to stand in the face of what must have been some pretty scary looking giants if they had the children of Israel ready to run back into literal slavery. Clearly, they were quaking in their boots if sweating in the hot egyption sun under the tyrannical rule of their captors was preferable to fighting what the Lord had set before them. But Joshua and Caleb had another thought process.

“And Joshua the son of Nun, and Caleb the son of Jephunneh, which were of them that searched the land, rent their clothes:

7 And they spake unto all the company of the children of Israel, saying, The land, which we passed through to search it, is an exceeding good land. 8 If the Lord delight in us, then he will bring us into this land, and give it us; a land which floweth with milk and honey.

9 Only rebel not ye against the Lord, neither fear ye the people of the land; for they are bread for us: their defence is departed from them, and the Lord is with us: fear them not.” 10 But all the congregation bade stone them with stones. And the glory of the Lord appeared in the tabernacle of the congregation before all the children of Israel.” Numbers 14

What I also find interesting is when they stood for what God had told them, the Lord backed them up. They weren’t just left defenseless against the hosts of angry Israelites. The Glory of the Lord appeared in the tabernacle and He spoke strongly to Moses, telling him of the consequences of the Israelite’s unbelief.

Moses pleaded with the Lord and he showed them grace. Again.

But Caleb had a special inheritance as a result of his faith, and steadfastness on the word of God.

“But my servant Caleb, because he had another spirit with him, and hath followed me fully, him will I bring into the land whereinto he went; and his seed shall possess it.”

But his story doesn’t end there.

Later in Joshua 14, he was now 85 years old and by his own account, as strong then as he was the day the Lord sent him out forty years earlier to explore the land. He reminded Joshua of the promise the Lord had given him to posses a certain land. Guess what? This land happened to be one of the most fortified and had the “scariest” giants living in it. This was the land that nobody wanted to fight for. But Caleb was willing to take it on.

“ I am still as strong today as the day Moses sent me out; I’m just as vigorous to go out to battle now as I was then. 12 Now give me this hill country that the Lord promised me that day. You yourself heard then that the Anakites were there and their cities were large and fortified, but, the Lord helping me, I will drive them out just as he said.” Joshua 14

“The Anakim/Anakites were a formidable race of giant, warlike people.” “The name “Anakim” most likely means “long-necked,” i.e., “tall.” The Hebrews thought them to be descendants of the Nephilim, a powerful race who dominated the pre-Flood world”

They were an evil people. Not worshiping the one true god and some believe were descendants of fallen angels. What a spiritual picture! Caleb was willing to take on the strongest, most evil and highly fortified people of Canaan to claim his inheritance.

Claiming the inheritance of the Lord is not for the faint of heart or weak. Through Christ we have the power and authority to overcome even the strongest and most evil in our world.

The Lord is calling His people to be mighty warriors. He is calling them up and higher. He is calling us to sit with Him in heavenly places and be filled with the courage and steadfastness of people like Caleb. Are you willing to be different? Possibly ridiculed, threatened and thwarted at every turn? Are you willing to stand while the tide is swept the opposite way and hold fast to the promises of the Lord?

Because guess what? Caleb inherited exactly what the Lord said he would. Are you ready for your inheritance?