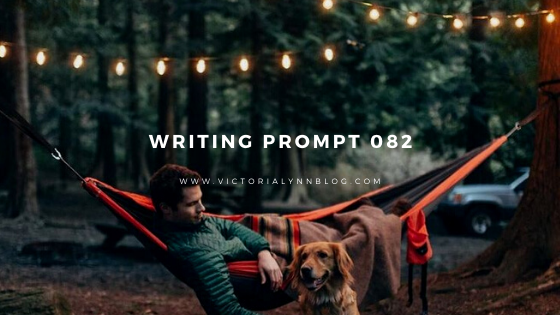 Another night, another place.

Lucas pulled his hammock out of its sheath and shook out the folds. It had been another long day on the road and despite the fact that he had been sitting the entire day, the exhaustion dove deep into his bones. He was too tired to even make a fire. Get the hammock up, eat something and curl up for the night. That was it.

Some might call his life boring, but he lived for what was just over the next rise. The open road called his name and he was grateful. There was no other person or thing that held him. He didn’t have much, but then again, he didn’t need much.

He pulled a can of baked beans out of a box in the back of his beat-up silver SUV. He opened the can and dug in with his spork, not even bothering to warm it up. It was one of those nights where he was just too tired and lonely for words.

He sighed, taking a break from shoveling in sustenance to take a breath. He loved this life, he really did. But there always came days when the loneliness caught up with him.

Being kicked around between foster homes as a kid hadn’t really instilled the life skill of being able to set down roots and find a community. The use of such an activity seemed kind of pointless. Not to mention, he was too afraid to even think about building a community. In his experience, what was the point if they were just going to get ripped away from you?

“Lord, I know you’re here.” Lucas chucked the now empty can into the recycle bin that the empty campground provided. “I don’t know where to start. I know you are with me everywhere, but it would be nice to have friends, start a family someday.” He sighed, grabbing his blanket and pillow before shutting the trunk of his car and clicking the lock on the door.

Settling into his hammock, he pulled the blanket so that it settled over his limbs in the most comfortable way. The string lights strung from tree to tree around the small clearing were comforting, but not too bright that the stars didn’t shine and sparkle in all their glory. He took another deep, relaxing breath and let the air out slowly, admiring the glory above.

A small sniff and something cold and wet touched his hand. Hh gasped and jumped, setting his hammock to rocking violently. He tried to slow his heartbeat when he saw the owner of the wet nose. A beautiful golden retriever looked up at him with big, brown eyes and what almost looked like a smile as he stared at Lucas, his tongue hanging out of his mouth.

“Hey there little fella, where did you come from?” Lucas petted the dog’s head and pulled on the collar till he got his hands on the tags. “Mark Twain? That’s an interesting name for a dog.” Lucas couldn’t help but smile as he pulled out his phone and dialed the digits on the tag below the name.

A phone rang in the woods, followed by a few sticks crunching.

Lucas could hear the feminine voice through the phone speaker, but also from the woods. The dogs owner, no doubt.

“Oh my gosh! Thank you!” The voice grew closer until a woman emerged from the woods. Her long brown hair was tousled and a few leaves lodged within her tresses. Her too-big-for-her sweater hung low over distressed denim and old ratty converse sneakers.

“Mark!” The dog barked and galloped joyfully toward her when she called.

Lucas watched as they greeted each other. He let out his breath and it was as if something left him and he felt even more lonely than before.

Don’t be ridiculous. The dog wasn’t yours and he was literally only here for five minutes.

“Thank you for finding him! I don’t know what I would have done without him. He doesn’t usually take to strangers.” She eyed Mark as he trotted back to Lucas and nuzzled his hand for more attention.

She shrugged with a sheepish smile. “My dad loved his books and Mark was a present from him. Somehow it fit. I’m Ellie, by the way.” She held out a hand.

“Lucas. Nice to meet you.” They shook hands and Mark licked both of them while they touched. They both laughed awkwardly and she pulled away to shove a lock of hair behind her ear.

Lucas wondered for a split second if God was trying to tell him something. He smiled at Ellie as he swung out of his hammock. “Do you want to build a fire? I have marshmallows.”